Masks are required for anyone visiting the library. This is in addition to physical distancing, occupancy limits, and other safety measures. A properly worn mask covers your nose and mouth at all times. For more information, please click here.

If truth be told, Gaby Wickstrom, Mayor of Port McNeill and recently elected Chair of the Vancouver Island Regional Library (VIRL) Board, thought working with a library would be, well, kind of boring. 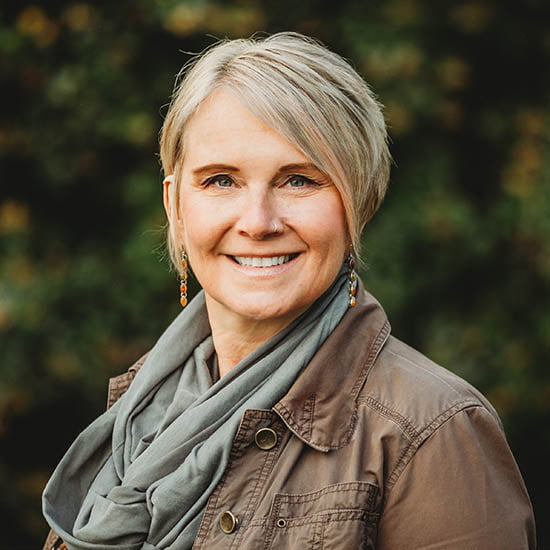 “However, from the moment I joined, I realized what a dynamic organization VIRL is, and those meetings became the ones I looked forward to,” says Wickstrom. “The library is great for families and if you need a book or something to do, but I realized it’s so much more than that, and that’s what keeps me coming back.”

Wickstrom has in fact been coming back for years now, serving on the Board’s Executive Committee from 2011 to 2014. She held the position of Vice Chair the last two years, until elected Chair at this year’s Annual General Meeting in January.

“I think I chose this year to become Chair because of all the changes that are happening. I felt it was really important to have strong leadership, and I felt like I offered what was needed in this next phase of the library.”

Advocacy is at the top of Wickstrom’s priority list for the year ahead, utilizing the connections she has made with civic leaders who have now transferred into government positions, such as Josie Osbourne, Minister of Municipal Affairs and Adam Walker, Parliamentary Secretary for the New Economy.

“When Adam was elected, he arranged a conversation with Minister Adrian Dix,” says Wickstrom. “I think COVID was the catalyst to show exactly how important libraries are and I think that that will continue, and fingers crossed we get a little bit more funding as well.”

As the mayor of a vibrant Vancouver Island community with a population of just over 2,000, Wickstrom knows the impact VIRL can make at the local level, but adds it is just as important to recognize the role libraries play in all communities.

“I recognize that my role as a Chair isn’t just about my community,” she says. “We don’t leave anybody behind, and so trying to bring that strength to the table and remind people it isn’t about rural and it isn’t about urban, it’s about VIRL and what’s best for everybody.”

Having lived on the island for more than 25 years now, Wickstrom says she wasn’t always interested in politics. In fact, for the first few years, Wickstrom drove a bus for School District 85. It was her time working with the Chamber of Commerce years later that sparked her interest in politics.

“I was a Chamber of Commerce member and someone came up to me and said ‘you should run for president’ and I laughed at them, but from there on it just felt like a natural progression to move into municipal politics.”

Wickstrom says she’s looking forward to the future and to serving as Chair for VIRL to support staff in any way that she can.

“I’ve been really impressed with the staff of the library during COVID. Their tenacity, their vision, their innovation…I don’t think we could stop them if we wanted to. I’m looking forward to supporting them in any way as a Chair and through the Board, and bringing their initiatives forward and just continuing to be that fresh visionary system that VIRL is.”

“I feel that for me, to be the best leader that I can be, a wife, a mother, it requires me to be the best version of myself so I really like those books like Untamed. It’s made me rethink all the social norms that are expected as a woman.”

“It’s about creating your community and being connected with others, so it’s a book that would maybe make me sad, but would also prompt me to think that when I got rescued from this desert island, this is the type of community I’m going to build.”

Back to All News